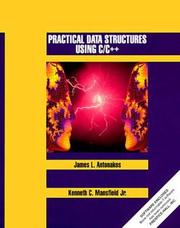 These two books exemplify the problem that students have when trying to learn computer programming at too many academic institutions. I have no doubt that the authors genuinely believe that they have done a good job based on an accurate understanding of C and C++. I think they are completely deluded and that their publishers should never have released these books.

The reference guide is mainly about C with an occasional passing mention of C++ and a single chapter on C++ and Objects at the end. Even where they are essentially writing about C they are confused. For example on page 3 they purport to list the keywords (they do not specify whether these are for C or for C++). In fact they list the 32 keywords of C, five of the more than 40 extra keywords of C++ and compound the confusion by adding

A few pages later they provide a table headed as 'Fundamental Type Specifiers'. In the column headed Other types the list const, void and volatile. I think list

as an integer type is a little eccentric.

Their confusion carries on into the Practical Data Structures Using C/C++ book. Here the authors consume large amounts of your study time introducing such things as linked lists in C. I would argue with quite a bit of their code even if it was a book purely about C programming but the confusion caused by combining two such different languages has to be seen to be believed. Then there are the multitude of silly bits of code. What earthly benefit do you get from declaring a local variable in main() as static? Well I suppose you could be preparing to call

recursively, but would you want to encourage students to even consider doing so?

However much good there may be in either of these books, the authors' fundamental confusion between C and C++ (actually they have a superficial knowledge of less than 10% of C++) makes the books not only worthless but positively harmful for their target audience of students.