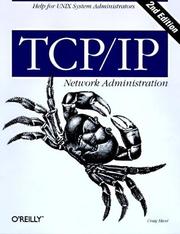 I recommend this book highly to anyone who is really serious about this subject.

Before my review copy arrived I already had a first edition copy of this text on my shelves. I've been struggling with TCP/IP now for about five years. Countless are the hours I've spent on resolv.conf and DNS. This, with some of the other O'Reilly texts has been of great benefit (see also Networking Personal Computers by the same author).

No doubt, Hunt's contribution to the literature in this area is significant. This newer edition updates his review of BIND 4 and sendmail version 8. His operating examples come from Solaris and Linux. Routing protocol coverage has been expanded to include OSPF and BGP. He has also added material on one-time passwords, DHCP and BOOTP.

It is not light reading. Hunt admits that he is pitching his toss neither at 'idiots' nor 'dummies' nor at 'geniuses' in the world of Unix. He expects a minimum exposure to Unix administration. So don't expect to get by without a good deal of concentration.

His whole emphasis is towards Unix and there is no mention of TCP/IP under Windows (see his other work). Nor is his orientation towards the Internet. It is rather towards local systems and their inter connection. He pays particular attention to DNS, PPP and SLIP. He addresses issues in the Linux kernel and the BSD kernel configuration file.

I recommend this book highly to anyone who is really serious about this subject.