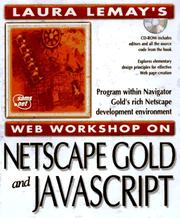 Yes, this is a good buy. It really does deliver what it claims

Yes, this is a good buy. It really does deliver what it claims: 'Build your own Web Pages quickly and easily'. In fact it goes further than that, it clarifies a lot of the technical jargon associated with the Web and removes much of the fear engendered by same.

Armed with Snell's text and my own Netscape running under SCO Open Server Enterprise 5.04 I was able to quickly design and edit simple Web pages. His emphasis is however, almost entirely on Windows 95 and he gives no attention at all to us poor devils ensconced in Unix. Still my recommendation remains. The text is clear, the examples numerous and well organised. A journalist and some time actor, Snell goes to great lengths to encourage good design and layout.

I've not had time to explore all of the accompanying CD's contents, but they include HTML editors, image utilities and Internet assistants for Word, Excel and Powerpoint.

Of course the most serious criticism has to be his pitch at Gold 3, when I believe 4.5 has already been released. Emails to the publishers have failed to elicit a response on whether or not an update is forthcoming. If it is, I'll be a customer.