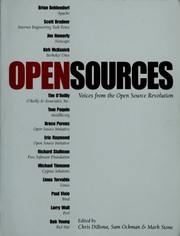 I think anyone interested in open source software and Unix/Linux/GNU software in particular, will find this a fascinating read.

This is a set of 14 essays from notable people associated with software that has freely distributed source. Pretty much all the big names are there, Richard Stallman, Linus Torvalds, Larry Wall, etc. There is an introduction section and an appendix with the 'debate' between Tanenbaum and Torvalds that occurred on the newsgroups back in 1992 on the merits of different kernels. The main bulk of the book is a set of individual essays, one from each of the contributors, which have been arranged so they probably work well if you read them in order, though you are free to 'dip in' and pick an odd chapter as the mood takes you.

Some of the chapters are historical descriptions, some thoughts about what open source means and why it is growing so fast, some predictions for the future. One or two essays are just 'different', such as Larry Wall's, which I think is about perspectives, though I'm not quite sure! They are all well written, enjoyable, informative and interesting reading. I think anyone interested in open source software and Unix/Linux/GNU software in particular, will find this a fascinating read.