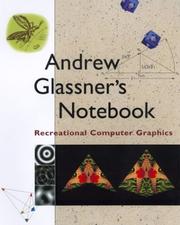 The items are fun to read and certainly provide a wealth of potential for programming problems.

For many years Martin Gardner's 'Mathematical Games' column in the Scientific American was an exemplar of good technical writing for the enthusiast. It both educated a whole generation and sold many subscriptions to the magazine. I think it also created a view among editors of technical publications of what could be achieved in the recreational field.

Though he does not say so, I am sure that Glassner has been strongly influenced by Martin Gardner's approach. This book is a collection of essays that were originally published in IEEE Computing Graphics&Applications. Many of the items were originally split between two columns and were even then slimmed down to meet the space constraints of that periodical. This certainly means that the book form has considerable added value.

The items are fun to read and certainly provide a wealth of potential for programming problems. That was the author's intention and he has succeeded. However I should warn you that this is not a book for those who like instant gratification, nor for those that are short of leisure time.

There is no source code with the book nor is there much on the author's web site. This means that to gain very much from the book you must be able to develop programs from the material presented.