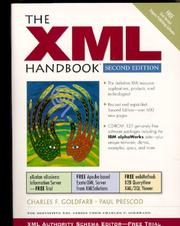 I think that such technologies as XML are ones that professionals in the software field need to acquire because they are going to become increasingly important in the future.

XML is one of the newer technologies on the block. I am not going to say very much here because I have a good number of other reviews to write on books that are more on topic for this publication. For those who have been too busy to keep track of what has been happening recently, XML is a highly generalised mark-up language which allows separation between the mark-up and the implementation (provided by DTD files). This means that you can provide alternative implementations for the way that a file is displayed. Even the concept of display has to be taken in a very generalised form. I am told, but do not know from my own experience, that it is already possible to implement a mark-up to control speech synthesis.

I think that such technologies as XML are ones that professionals in the software field need to acquire because they are going to become increasingly important in the future. For example I started in on this book because I needed a better understanding of XML to manage automatic conversion from Quark Express files (used to print C Vu and Overload) to XML that can be used to generate HTML versions. I would have got further were the converter I was using not had a time-limited licence and other things such as producing the current issues for printing have taken priority.

This particular book on XML is comprehensive, and, I believe, reasonably accurate though verifying technical correctness is always difficult unless you are already several levels above the target readership.