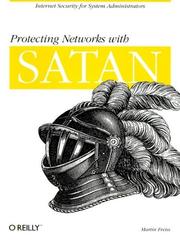 I had a particular objective in mind in choosing this book for review. I am not terribly familiar with NT and having been forced to install an NT server for a customer recently, I wanted a reference on the backup procedures - so serious am I about the importance of backups. I need not have bothered!

There are twelve chapters and three appendices. Only three chapters are specific to NT and one of these deals with software from third parties (Arcserve, ADSM, Backup Express, etc.). The other chapters are very general and deal with concepts that are not at all peculiar to NT.

So, much as I respect the O'Reilly publications and much as I fear the consequences of badly managed backups, I cannot recommend this book to anyone who is other than a complete novice. Most of the material (backup regimes, network considerations, hardware devices) is either old-hat, readily available elsewhere or common sense. It is certainly not peculiar to NT. Even recommending it to beginners leaves me in a dilemma - beginners should not be made responsible for backing up a critical server and if the server is not critical then the on-line, NT help screens are probably all that is needed. Certainly, I found them sufficient.

For the level of user at which this book is aimed, I think the main problem is emphasising the importance of backups per se.

(Personally I adopt a military stance and become a martinet!) This might take a book on psychology or persuasion, not on the performance of DLT.