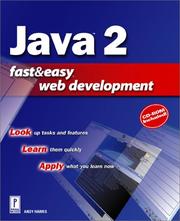 A nice small book compared to some of the mighty tomes that some produce, but for me it was too lightweight in content as well.

On the back it was said to be an 'Intermediate' book, but the first chapters covered topics which to my understanding would be basic stuff. Later chapters in the book covered data types, classes, events, frames and threads, etc.

I really didn't see what this book offered about applets that made its title on web development necessary. If, as I believe, the only difference between an applet and a standalone application is the

function, most, if not all of the information in this book could be obtained from other books in greater detail.

The layout is nice and as I said it's a lot cheaper than most books. So as an introduction to Java it's okay, but as an intermediate book I think not.

There is a CD with the code on it and you can logon to a site to get the files that are missing. But I think that I would rather spend out a little bit more money on a book like Developing Java Software by Russell Winder instead.