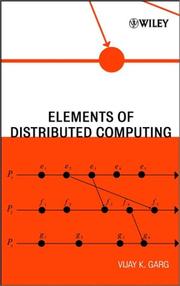 The subject of this book is becoming increasingly important to practitioners as well as academics. Of course the practitioner can take a purely pragmatic view of learning about the subject. That will work fine until they have to sort out some problem. Recently I came across a school with a network of over 500 computers and with plans to increase that to over a thousand. They had eventually come to realize that they had serious problems with the school's IT infra structure but had no idea as to what to do. Unlike some, they were willing to go and find someone with appropriate understanding who would manage it. They had enough insight to recognize that they would have to look outside education. Of course one of their problems was that they were running an entirely flat LAN. Any competent network administrator would recognize the problem and some might even understand that it was a structural problem that is solved by knowledge rather than by buying lots of new hardware.

Though this book is not relevant to that problem there is a certain similarity. Many acquire pragmatic solutions to problems that are fine for the small distributed computing arenas where they start. However it rarely stays at that level and eventually understanding of the basics becomes essential. This book tries to address this need among practitioners as well as amongst more advanced students (first year graduate level of there abouts). I have no doubt that the books approach works well on the academic side, particularly as it has a rather fuller view of the problems than many of the alternatives. The author has tried to choose examples that at least have some basis in practical applications.

So why am I so dubious? Well reading the book requires some fluency in both a Pascal like pseudo source code and the symbolism of mathematical logic. While most programmers can easily mange the former, the latter is a step to far for most.

If you are not phased by formal logical expressions and want to get a grip on the more theoretical underpinnings to distributed computing this would be a good book to study. However, be warned, you are going to have to work hard. It would probably be an advantage to have a mentor to help you check your understanding as well as to cope when the going gets tough.