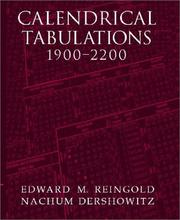 This volume take me back to the time when it was normal to have solid books of tables in which to look up seven figure logarithms, sines etc. Here is the first paragraph of the preface:

We give tables for easy conversion of fifteen different calendars. Ten calendars are given explicitly (Gregorian, ISO, Hebrew, Chinese, Coptic, Ethiopic, astronomical Persian, Hindu lunar, Hindu solar, and astronomical Islamic); another five are easily obtained from the tables with minimal arithmetic (JD, R.D., Julian, arithmetical Persian, and arithmetical Islamic). Detailed explanations of the structure and determination of these and many other calendars can be found in [10].

The reference is to the authors book Calendrical Calculations .

In the next paragraph they justify the book on the basis that there are no existing computer programs that handle more than a couple of calendars. I think this book is the wrong response to this. What is needed is a good program that can be run on a palm-top. Such a program would not be limited to just three centuries and so would be useful to people who need to convert between historical dates. I would not expect there to be a very big market for this book despite its quality and coverage of all calendars currently in use. There are a few people who could benefit from copies sitting on their reference shelves. A Daily Mirror journalist, for example, might have saved himself the embarrassment of assuming that the current date in Afghanistan was an Islamic one (they use the astronomical Persian calendar)

Note that the computation times given by the authors show that on the fly computation can be done for most calendars. The exception being the Hindu Lunar calendar which requires some very complex computations and would probably require noticeable computation time on the current generation of palm-tops.

I suspect that much of the quoted computation time (about 10 minutes per year) was the result of not only computing the dates but also the page layout.

An interesting book, but, sadly, even libraries should think carefully about its value. Now anyone willing to produce a computer program to calculate dates on the same range of calendars but starting much earlier. Let me give you an example. Someone studying the crusades might get real insights if they could understand how Islamic religious dates interacted with Christian ones.