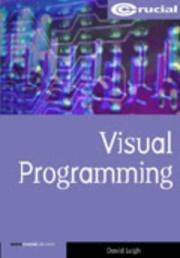 I am choosing to review these two books together because my main focus concerns presentation and editorial issues that are, in my opinion, serious flaws in both volumes. They highlight the very real risk that modern printing technology is in danger of supporting the under prepared and poor presentation that already mars a great deal of web-based publishing.

My printer could turn out these 'perfect bound' books with full colour laminated covers with black and white contents for under£4.00 for a print run of a single book (I know, because I asked them). Just because it can be done does not mean that it should be done. There is a great deal more to producing a marketable book than simply being able to print and bind it.

No competent production editor would allow such poorly laid out material to leave their machine. Actually, even the average amateur might shudder at pages that seem to be devoid of the concept of a bottom margin. Given a modern DTP package and someone with even a basic understanding of presentation and we would have something better than that which might be found in your typical parish magazine.

An editor is part of the production chain for a book. One of the jobs of an editor is to help and persuade inexperienced authors (and even experienced ones) to present their technical knowledge in a readable form. It is my opinion that this has not been done for these books. In both cases the text has a feel of a first draft. The content is fair, and good enough to justify publication but the authors have not been persuaded to put in the hours needed to turn good ideas into well-executed books.

I suspect that the new generation of equipment that allows printers to produce entire books as a single integrated process is going to increase the prevalence of books like these. That is sad because the new technology has the potential for producing something so much better. Laying out the text for a hundred and fifty page book is not much more arduous than laying out a couple of issues of C Vu and Overload. Modern computers and communications coupled with modern printing and binding equipment should allow many more people to earn an income working from home on many of the stages of book preparation and publication. All that should be achievable without any loss of quality.

If well done, the first of these books would have been a fair alternative to Interaction Design for Complex Problem Solving as an introduction to this important subject. However, as is, the fact that the latter book is two and a half times the price is more than compensated for by both the quality of the content and the quality of the presentation. On a scale of one to ten I would give Interaction Design for Complex Problem Solving a very good eight, and User Interface Design would get a poor two.

In case you are interested, User Interface Design addresses issues of appropriate design of UIs (User Interfaces) without giving much consideration to the many practical problems that result in accidental misuse of software or irritations caused to users. As an introduction it would be acceptable if the writing and presentational issues were addressed. Visual Programming uses Visual Basic to introduce the reader to the style of programming that focuses largely on selection of standard elements from a visual palette.The Web