Large-Scale Scientific C++ For Casual Coders: Why You (Should) Care 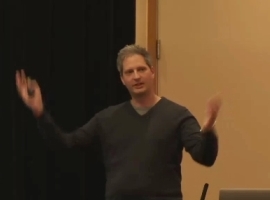 This keynote will introduce the use of C++ for storing and analyzing petabytes of C++ objects at CERN, and more generally in High Energy Physics. Many hundreds of developers, including physicists with limited software skills, have contributed to a code base of > 50 million lines of code that has a lifetime of more than 40 years. Axel will talk about the approach taken in order to provide robust and efficient code, including how novices 'conquer' giant interface worlds. He will present a few of the 'tasty' projects that have proven to be useful for people who don't smash particles on a daily basis, for instance their C++ interpreter and a massively scalable web-based file system.