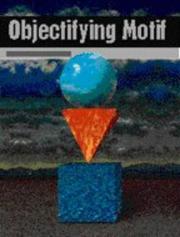 This book helps the reader learn to design and develop a C++ GUI library based on X/Motif. It has three main sections. Section I is an introduction to the technologies involved, including X, Motif and C++. It is not meant to be a complete tutorial for any of these. I would have preferred it if the introduction to C++ was left out and the book concentrated on X and Motif instead, as the language is too large to be given justice in such a short space. However, I can understand that the market might be smaller if it assumed C++ knowledge.

Section II describes the object-oriented approach to development and uses it to create, step by step, a simple calculator using X/Motif. About half of this section consists of reasonably useful diagrams (not following any particular notation such as OMT) and listings of code fragments, which are 'inlined' with the main text. The code uses a subset of ARM-standard C++ without exceptions or templates. Although I've seen much worse code in other books, I still wouldn't recommend using this book unless you already know C++, because of the restricted subset used. For example, I think a C++ learner ought to start using the standard string class straight away, without having to learn about the old C-style char arrays. Otherwise, the code is reasonable at showing how to write GUI applications in C++.

Section III is really what the book is all about; the previous sections were just building up to it. It develops a fully functional Motif Windows Library (MWL). The calculator developed in Section II is scrapped and rebuilt using MWL instead, to show the advantages of using an application framework. This section is also made of text and C++ code in equal measures.

Appendix A contains the complete source listing of MWL and Appendix B, the source for the MWL-based calculator application. These two appendices take up a quarter of the book. The code does not seem to be downloadable from a public web site. Instead, at the end of the book, the author says he can be contacted for an MWL licence.