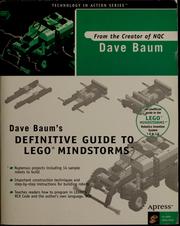 Just over two years ago the manufacturers of the hardware this book is about asked for volunteers to beta test it. Unfortunately they limited testers to US residents. None-the-less I emailed my interest and explained my qualifications and that I would like to know more even if I was unable to try the product. I still have that email on file and the company could not be bothered to respond. I tell you this so that you can understand that the manufacturer seems to be uninterested in anything outside the US (or at least in enabling competent non-US journalists to tell you about their product).

The book is about programming LEGO Mindstorms. That relates to the work of Seymour Papert, the inventor of the programming language for children called LOGO. That language's best-known feature is turtle graphics, which were originally produced with a derivation of Edinburgh University's floor turtles. As a retired teacher of maths and computing, I can see the potential of such hardware. You can imagine my frustration at being confined to a superficial theoretical view of this book. Though hardly ideal, it would have been nice if the attached CD had included some form of software emulation.

The low-level code is in a special purpose simple assembler type language called RCX. The author provides a higher level C like language that he calls NQC. Most of the code in the book is written in this language. It may work but it is clearly the wrong language for the hardware concepts. In my opinion the language should have been the turtle graphics subset of LOGO with possibly some added built in commands to deal with some of the extra facilities that LEGO Mindstorms provides.

Now if the publisher or LEGO like to enable me to do a full review based on testing the related hardware in the context of the book I would be happy to do so.