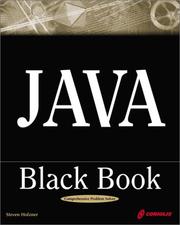 My idea of a programming reference is that it should be more than just a bunch of API listings; rather it should try to present a simple, but working example of the keyword or function that the reader is looking for. Java Black Book seems to be a step in the right direction as it is built around small code pieces rather than around the Java API itself.

First you are given an overall glance at the content, then a detailed table. Just by the way in which the chapters are named gives a hint of the philosophy used here, e.g. not 'Java Applets' but 'Creating Java Applets', not 'Canvases' but 'Using Canvases'.

The more than 1000 pages, with a vast amount of example code, feels like a true Java programmer's cookbook the more I use it. It is very detailed. Many Java authors 'forget' about to show how bit-wise operators are implemented in Java, but not here. Another example is Java AWT's Popup Menu class, which is often mentioned but seldom showed up in pure code. Especially important parts of the code are highlighted, which further enhances the readability. The API is present too, but more as an addition to the samples and never feels annoying.

The book keeps this great standard from fundamentals and OOP, over AWT and Swing; then at the end the quality lowers a bit. It isn't as easy to show how to use features like JDBC, beans and network connections in the same compact and elegant way, but it still gives more value than many other books.

My criticism is concerning the dialogue that initiates every programming problem. 'Oh help...' says the Java programmer 'I can't...'. 'That's because...' replies the author/Java expert. This is fun once, but not repeated a hundred times! Also the content feels a little obsolete. Why not reduce the vast AWT-part and give more space to I/O streams, jar-files and networking?

I look forward to the updated version, which I have heard is on its way.