REVIEW - Inside the JavaOS Operating System 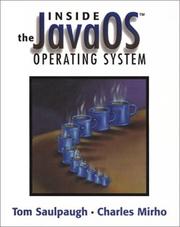 Inside the JavaOS Operating System

You might wonder why you should be interested in a failed project (from the market point of view) such as JavaOS. Well, even though the thin-client idea didn't entice in the end, I found this book to be quite a good read for people not only interested in JavaOS itself, but in modern operating systems design.

The authors narrate the evolution of JavaOS from a simple JVM to a microkernel design, describing concepts such as event handling, bootstrapping, memory, interrupts, networking etc. and how they were designed.

The information you'll find is quite different from the one found in classical texts about OS design. For instance, the chapters on device drivers and the JavaOS System Database (which could be described as the portable counterpart to WinNT's registry) are quite interesting. The book is well organised and contains clear diagrams and code snippets to illustrate the concepts discussed.